Please consider subscribing to our blog in order to keep up to date with what we are up to. This is a fast moving industry and we will update our blog with new material as and when available.

A Personal View of Candid Photography

I think that the primary reason for my interest in candid photography, often called street photography in public places, is that I'm not as good at landscape, sport or wildlife photography. It was this discovery that really heralded the beginning of a new journey for me, one that led ultimately to my interests in candid photography and street portraiture. Besides,  Alex Tehrani hit the nail on the head when he said, “Anyone can shoot chaos but the most perceptive photographers can make compelling pictures out of uninteresting moments.” For me this is so true, it is the normality of life that I find the most interesting.

Another plus point for me as someone with dodgy knees, is that as a genre, candid photography is simplicity itself because there is generally no hiking, climbing or indeed, heavy equipment to carry. There is also no real planning required as it really is basically just "point and click". Sure if you want to capture someone's head behind a smiley face balloon then there's likely to be some manipulation of the situation and a prop involved. However, for the most part it's just pure luck. As photographer Matt Stuart says, "buy a good pair of comfortable shoes, have a camera around your neck at all times, keep your elbows in, be patient, optimistic and don’t forget to smile".

And Matt's not the only one with some insight into this genre, others include:

Robert Doisneau - “The marvels of daily life are exciting; no movie director can arrange the unexpected that you find in the street.”

Joel Meyerowitz - “You fill up the frame with feelings, energy, discovery, and risk, and leave room enough for someone else to get in there.”

Susan Meiselas - “The camera is an excuse to be someplace you otherwise don’t belong. It gives me both a point of connection and a point of separation.”

William Klein - “Be yourself. I much prefer seeing something, even it is clumsy, that doesn’t look like somebody else’s work.”

Elliott Erwitt - “To me, photography is an art of observation. It’s about finding something interesting in an ordinary place… I’ve found it has little to do with the things you see and everything to do with the way you see them.”

Chase Jarvis - "Allow yourself the freedom to step away from perfection because it is only then that you can find success."

Jay Maisel - "If you are out there shooting, things will happen for you. If you’re not out there, you’ll only hear about it."

So, what can be considered as Candid / Street Photography?

Since this is an article primarily on Street Photography, let's take a look at the definition as summarised by one well known source.

Against this background, I looked back at the body of work I had created in the past 12 months or so and decided that I am a more of a street portrait photograher than anything else. In writing this article I flicked through several hundred or so images and the vast majority of them fell into the definition of candid / street portraiture. One of my favourites, and I'll explain why in a moment is this one. 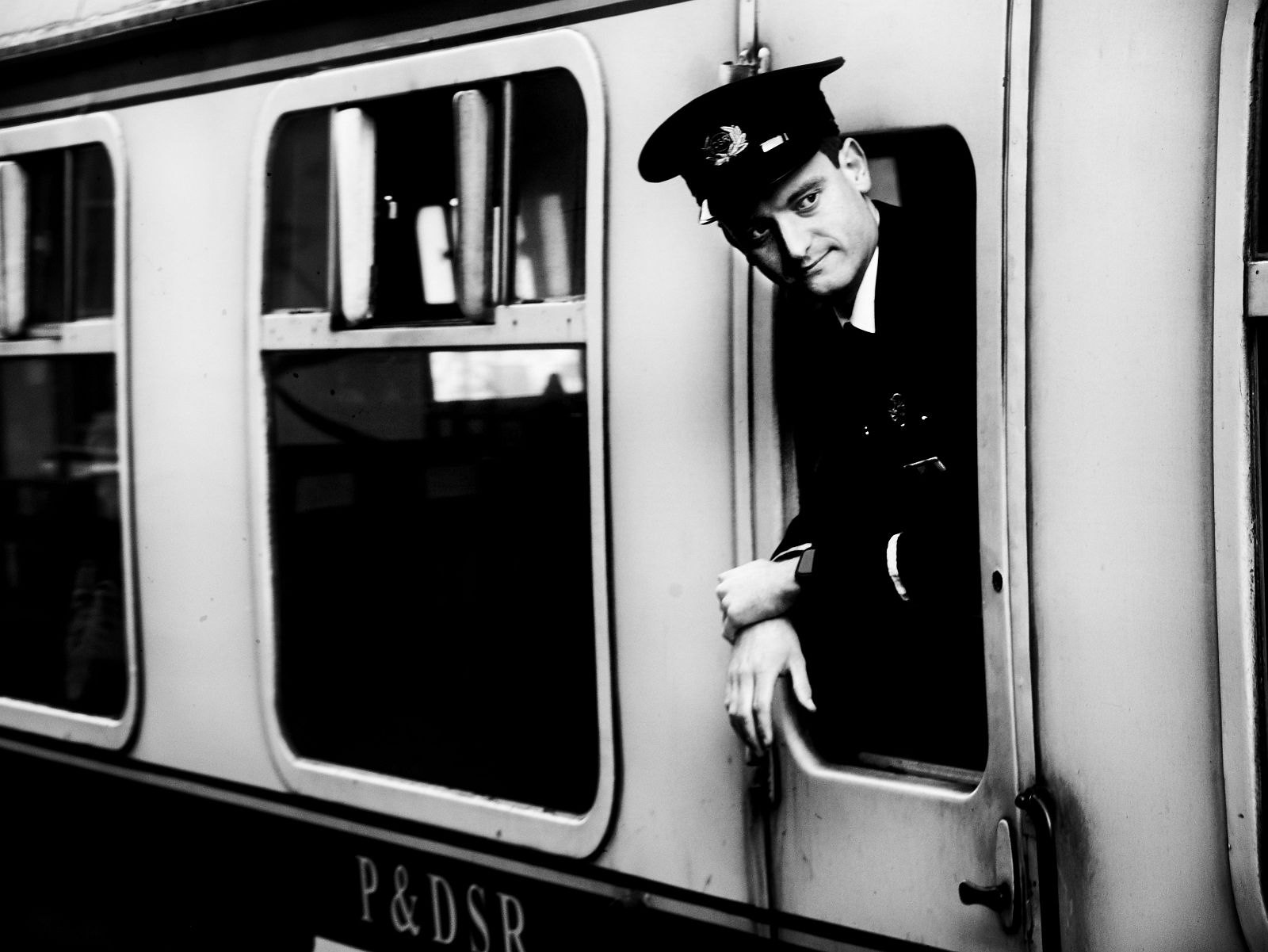 My guess is that many people will give this no more than a cursory glance but for me at least, it is a perfect representation of what candid photography is, the capture of an ordinary moment in time that has a hidden depth of meaning. It's this ordinariness that I love and indeed, a quote that I found from Gilles Peress while researching this article yields one explanation as to why I love street photography so much. He says , "I don’t care so much anymore about ‘good photography’; I am gathering evidence for history."

Does street photgraphy imply that every photo you take has to be "street related"? Far from it. If you take this term too literally you will be missing a huge opportunity to capture interesting moments in many other situations and locations. If you re-think the term as candid, documentary or even art based photography then additional doors start to open. Although not considered as street photograhy in it's purest form, the image shown below captured my attention. What I found amusing was the intereraction of the subjects with me, the photographer. It's a simple image with a hint of humour.

This shot, of an exhibit in the ONIRIS Museum in Rennes, France, caught my eye purely because of the fact that people just stood and stared at the baby in the pushchair, sometimes for a few minutes or so. It's their reaction to such a simple exhibit that I wanted to capture.

While for some, razor sharp images are everything in photography, for me I don't really worry too much about that. It can be grainy, B&W, colour, sharp, out of focus, whatever. For me it's all about what the image is about, not what it is of. While I recognise that for most other forms of photography, landscape and portrait for example, image quality is highly prized, in candid photography it's the content and context itself which is the prize and the style and quality of the image can, in my opinion at least, be somewhat more relaxed. Most often this is when the situation is candid, comedic, out of the ordinary or just plain startling but to my point of view, even a seemingly mundane image can have huge depth if the viewer takes the time to absorb the messages within the image.

This is not to say that image quality is not desirable, it's just for me at least, it is less important than the content. Often candid images are "snatched at" images so what tends to suffer is exposure. I pretty much always shoot in aperture mode grabbing snatched at images so often, these can be blurry if ISO is set too low and it's an overcast day or light is hard to come by. The best way around this is to set ISO to auto and for all but the worst lighting conditions, this will get you the image you want.

My thoughts on the Gear required to do Candid Photography

In order to practice any form of photography it is necessary to have the right gear. I'm a member of a great many groups and forums where all I hear all day long is about this lens or that lens, this or that camera. It's as if the photographer is paralysed if they don't have the very best wide angle lens available today. Personally, while I do agree that a top quality pro lens will undoubtable make your images better, I don't necessarily think it will make you a better photographer. Candid photography relies quite often on capturing a fleeting moment in time, one that will never be repeated. For this reason the best camera you have access to is the one on you. Someewhat of a cliche I know, but very true. If it's a smartphone, so be it. If it's a Sony A7iii with a top notch f2.8 pro lens, so much the better. Which will take the better photo? Who knows. Nowadays, a mobile phone can create as compelling a candid image as say a top quality Sony, Nikon or Canon. It's really not about the equipment, it's purely about the opportunity and the person holding the camera. For me, candid photography is 80% luck, 20% skill as for the most part, you really don't have a lot of time to get ready for that perfect image. Photographer Harry Callahan sums up the expection of getting outstanding shots when he says, "I guess I’ve shot about 40,000 negatives and of these, I have about 800 pictures I like". Henri Cartier-Bresson nails the lid on the coffin with his remark "Your first 10,000 photographs are your worst." I've got a long way to go before I've taken 10,000 shots so pretty much all my stuff should be in the bin!! Nonetheless, the journey is enthralling.

With regards my own kit, my personal favourites for this genre are my pocket sized Canon G7X Mk ii, my Lumix GX-80 mirrorless with a 12-60 lens and laterly, my Huawei P20 Pro smartphone. Compacts such as the excellent Lumix LX100 are really ideal for this genre of photography as they are small, lightweight and descrete yet offer much of the functionality of a full blown dslr. As to using a smartphone, newer phones such as the iPhone X, Samsung S10 and Huawei P30 Pro have exceptional lenses, sensors and firmware and as such are begining to blur the edges of what constitutes acceptable in photographic terms. While tradition dictates that you wouldn't use a smartphone on a commercial shoot, I really don't feel that I'm any less of of photographer because I've used the Huawei rather than say a compact or DSLR camera. In general terms, it's often all I have on me so I'm not going to get precious over the fact that I took this or that shot with a smartphone.

With regards using flash, although this is popular with some photogrphers, for example Bruce Gilden and even closer to home, Ryan Hardman, my flash generally stays at home unless it's already a feature of the camera. While flash photography does create some startling images, this image provided by Ryan Hardman for example (https://www.ryanhardman.photography/), for me flash photography is perhaps a step too far at this moment in time. By definition, Street Photography is already invasive and so I don't want to shake the tree too much. People tend to react in different ways when you stick a lens in front of them let alone a flash. Bravo to Ryan for being gutsy enough to use flash.

Here's a couple of my own photos based on a similar situation but without flash. Most people are used to having their photos taken nowadays, God knows how many images we all appear in on a daily basis, so they tend to be quite relaxed if you are not being agressive or pushy.

For me, Candid Photography opens up a world of opportunity that doesn't require lots of expensive equipment, or indeed, vast amounts of planning. While I recognise the value of good hardware, and in particular good lenses, it's amazing what you can capture with a kit lens and a good bridge camera. Armed with even the most basic of equipment, everyday a myriad of opportunites exist to capture something interesting, funny, suprising or just plain different. Given that there are no barriers to entry into this arena, it's a golden opportunity for any photographer to try something new and to explore the naive and the raw as opposed to the extraordinary and the sublime.

Finally, this image is perhaps a fitting place to end my take on what has been a very personal voyage into candid / street photography.

To conclude, here are some of my personal favourites from the last year.

Get in touch with us

Need help? Don't hestiate to ask us something. Email us directly on support@terravitae.co.uk or call us at 0044 1803 297297. You can checkout our BLOG and About us page to get more information about our services.